Diseases Mosquitoes Can Carry and Transmit 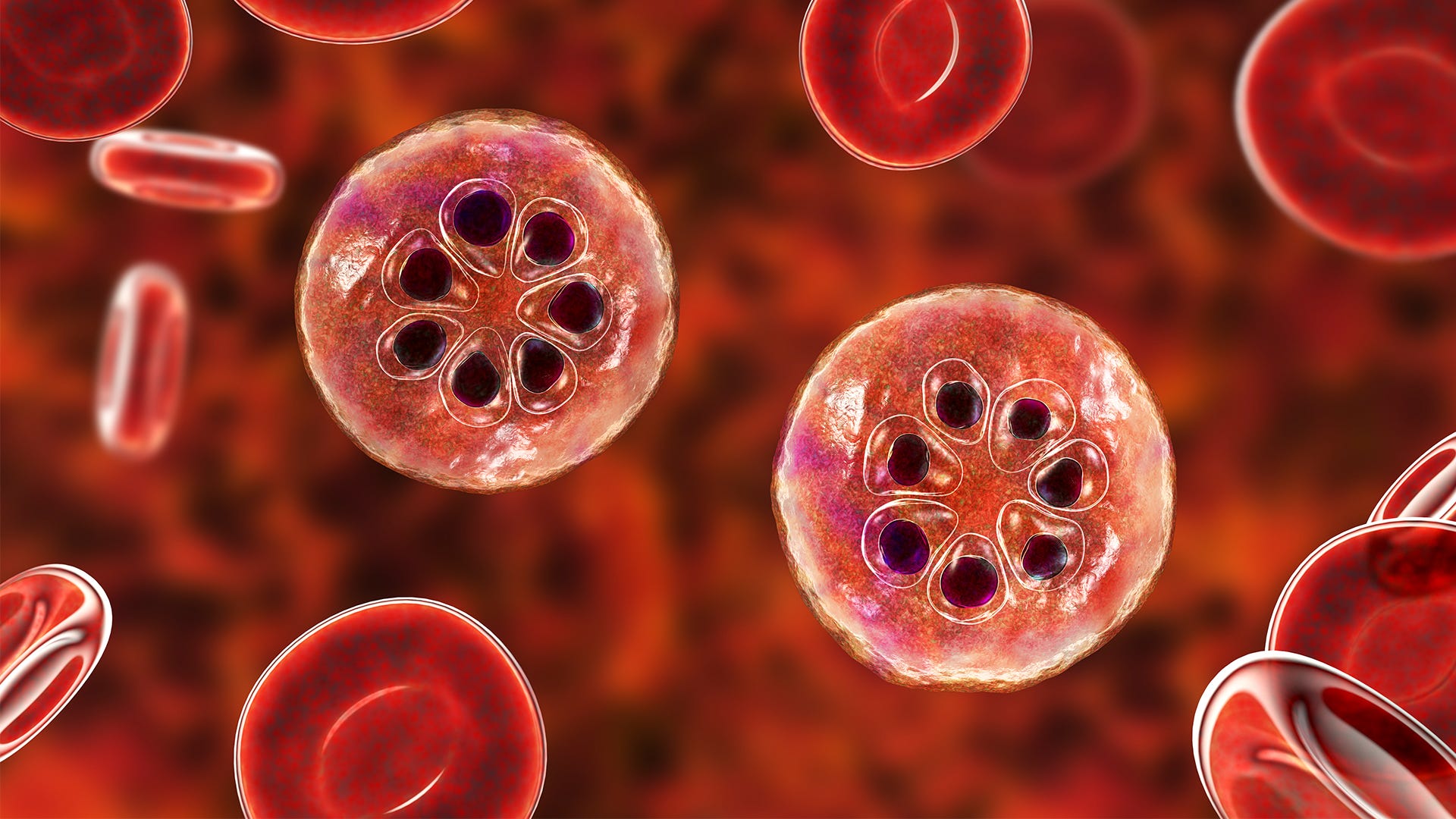 Diseases like malaria and dengue fever are worrying enough before realizing that you can be infected with these diseases after just one bite from a tiny flying insect common to nearly every part of the world. Many mosquito-borne illnesses are confined to certain regions of the world and are rarely spread outside of that designated space due to a mosquito’s limited range. Take a look below to educate yourself on the different types of diseases you can potentially contract from mosquitoes and learn what you can do to prevent this from happening.

What Do I Need to Know About Mosquitoes?

These tiny flying insects are a problem nearly everywhere on earth. There are over 3,000 species worldwide and 176 species present in the United States. Of those 176 mosquito species, there are two that humans are most likely to come into contact with, the Aedes aegypti (Asian tiger mosquito) and Culex pipiens (common house mosquito). These two mosquito species target humans and animals most frequently and pose the biggest threat when it comes to transmitting viruses.

With a habitat that ranges from North America to Asia and Australia and everywhere in between, perhaps there is no other mosquito so widespread as the Asian Tiger Mosquito. Known for carrying and transmitting diseases as chikungunya, zika, dengue fever, malaria, and yellow fever, this mosquito’s bite can have deadly consequences.

Found on nearly every continent, this mosquito is a nuisance for millions, if not billions, of people. While capable of spreading many diseases to a variety of mammals and birds, the common house mosquito is most notable for transmitting West Nile Virus and Eastern Equine Encephalitis to humans.

It’s the Ladies You Have to Worry About 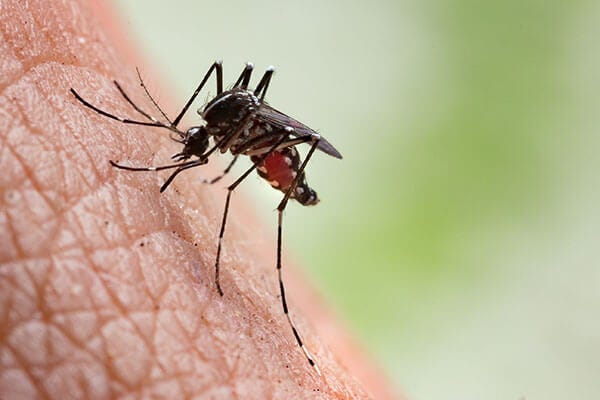 Fun fact: male mosquitoes do not bite. It’s the female mosquitoes that should have you worried. While you can’t go around checking the gender of each mosquito that lands on you, it’s an important bit of information to know. Mosquitoes don’t bite to ingest the blood for food; they actually need it to complete their reproductive cycle.

In fact, mosquitoes can live quite well without ever sucking blood, if a sugary substitute, like nectar, is nearby. However, the relatively small amount of amino acids present in nectar isn’t enough for females to produce and lay eggs. For that, blood is needed.

The Most Common Diseases Spread by Mosquitoes

Some are more well known than others, but each poses a serious threat to humans, especially left untreated. Here’s what you need to know about each disease, where you’re most likely to contract them, symptoms, and treatment options.

Malaria is a disease caused by a parasite that is spread to humans through the bite of an infected mosquito. Symptoms, such as fever, headaches, and chills, typically begin to appear 10-15 days after a bite. While children are more at risk, anyone can contract this disease and populations of sub-Saharan African countries account for more than 93% of worldwide cases. Each year, several hundred million cases are typically reported worldwide with over 400,000 deaths, most of which occur in Africa due to a lack of medical access.

If left untreated this disease can be fatal, but it is 100% treatable and curable if caught in time. Malarial tablets should be taken as a preventative measure if you are planning on visiting a country known to have cases of this disease. Treatments after the fact are also available with extremely high levels of success.

Found in Africa, Europe, the Middle East, West Asia, and North America, the West Nile Virus can cause a severe or fatal neurological disease in humans as well as other animals and birds. The disease first gained notoriety by infecting and killing large numbers of birds across the globe. Human infections are caused by bites from infected mosquitoes where the virus can enter the bloodstream.

An infection does not necessarily mean you will become ill, as 80% of those infected show no symptoms. The remaining 20% of those infected will present with symptoms such as a fever, headache, fatigue, aches, nausea or vomiting, swollen lymph nodes, and occasionally a rash. These symptoms will appear between 3-14 days after a mosquito bite. Luckily, scientists have developed several tests to quickly and effectively diagnose the disease. While there is a vaccine available for infected horses, no vaccine exists for humans. All treatment is aimed at easing symptoms and supporting the body’s natural defenses.

First identified in Ugandan monkeys in 1947, this disease gained recent scientific interest with outbreaks in South America. Found in Africa, North and South America, Asia, and the Pacific, this disease has traveled far and wide but prefers tropical and subtropical climates. Symptoms are generally mild and present after 3-14 days with fever, a rash, conjunctivitis, muscle or joint pain, fatigue, and headaches.

While the symptoms are mild in adults, there are new indications that may have far worse effects on unborn babies. If a woman contracts Zika during pregnancy, it can trigger conditions such as microencephaly, fetal loss, and preterm birth. Treatment of mild cases involves alleviating pain or nausea of the symptoms. For pregnancy-related cases, it’s essential to contact a physician to determine treatment.

Named for the jaundiced appearance of some patients, yellow fever is a viral hemorrhagic disease transmitted by mosquitoes. Found in tropical areas of the world including Africa, and Central and South America, this disease is both widespread and can be highly dangerous, especially in areas with dense mosquito populations.

Symptoms include fever, headache, jaundice, muscle pain, nausea or vomiting, and fatigue. A small percentage of cases develop severe, life-threatening symptoms. Luckily, this disease can be prevented through a highly effective vaccine that provides up to 99% protection against yellow fever without ever needing a booster. Currently, there is no cure for the disease once a person has it, but survival rates increase greatly when the infected person(s) are hospitalized.

This disease gets its name from the stooped appearance of some of its victims. The disease is mostly confined to Africa, Asia, and the Indian subcontinent, however, outbreaks elsewhere have been known to occur. Severe joint pain is the main symptom of this mosquito-borne illness, although muscle pain, headaches, fatigue, nausea, and a rash are also common.

Most of those infected recover, but recovery times vary from several days to over a year. The debilitating pain does subside but can leave behind residual joint pain. Chikungunya is often confused with dengue fever, leaving some untreated. To date, there is no cure for the disease. All treatments focus on relieving symptoms.

While extremely rare, EEE is extremely dangerous and is often fatal. Spread by the bite of a mosquito, this disease causes inflammation of the brain in humans, other mammals, birds, reptiles, and amphibians. In mild cases, the infected person may never have any symptoms or even know they were infected.

In severe cases, brain swelling, seizures, fever, vomiting, disorientation, or comas are possible symptoms. While there is no cure, two-thirds of those infected recover. Treatment is largely focused on making the symptoms less painful and severe.

Found in tropical and sub-tropical climates worldwide, this viral disease infects 100-400 million people each year. While cases have been recorded in many different areas, the virus is most common in urban or semi-urban areas. Regular dengue causes mild symptoms that resemble those caused by the flu. On occasion, this virus will develop into severe dengue, which can be potentially fatal.

How to Prevent Catching Mosquito-Borne Diseases 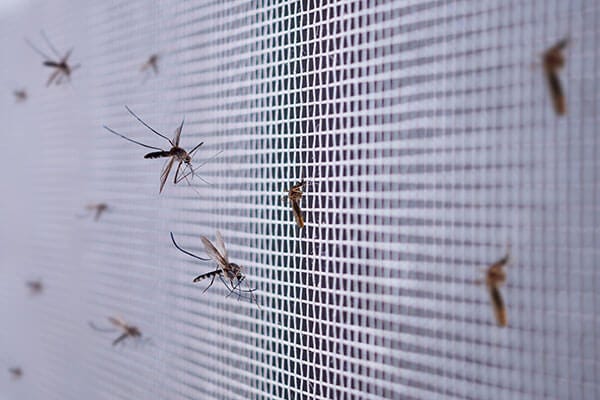 Preventing diseases takes careful preparation and thought. Use the following tips to minimize your chances of coming into contact with mosquitoes and learn about ways you can keep their populations low to lessen your chances of getting bitten.

That’s perfectly fine! We would love to answer them or direct you to one of our articles to help you expand your mosquito-trapping knowledge. Don’t forget to head over to our Facebook page to share your stories or photos! Need a mosquito solution? Sign up for our e-newsletter to receive exclusive offers on products, sales and coupons, and get updates on new articles or products!

Trap Mosquitoes Before They Bite