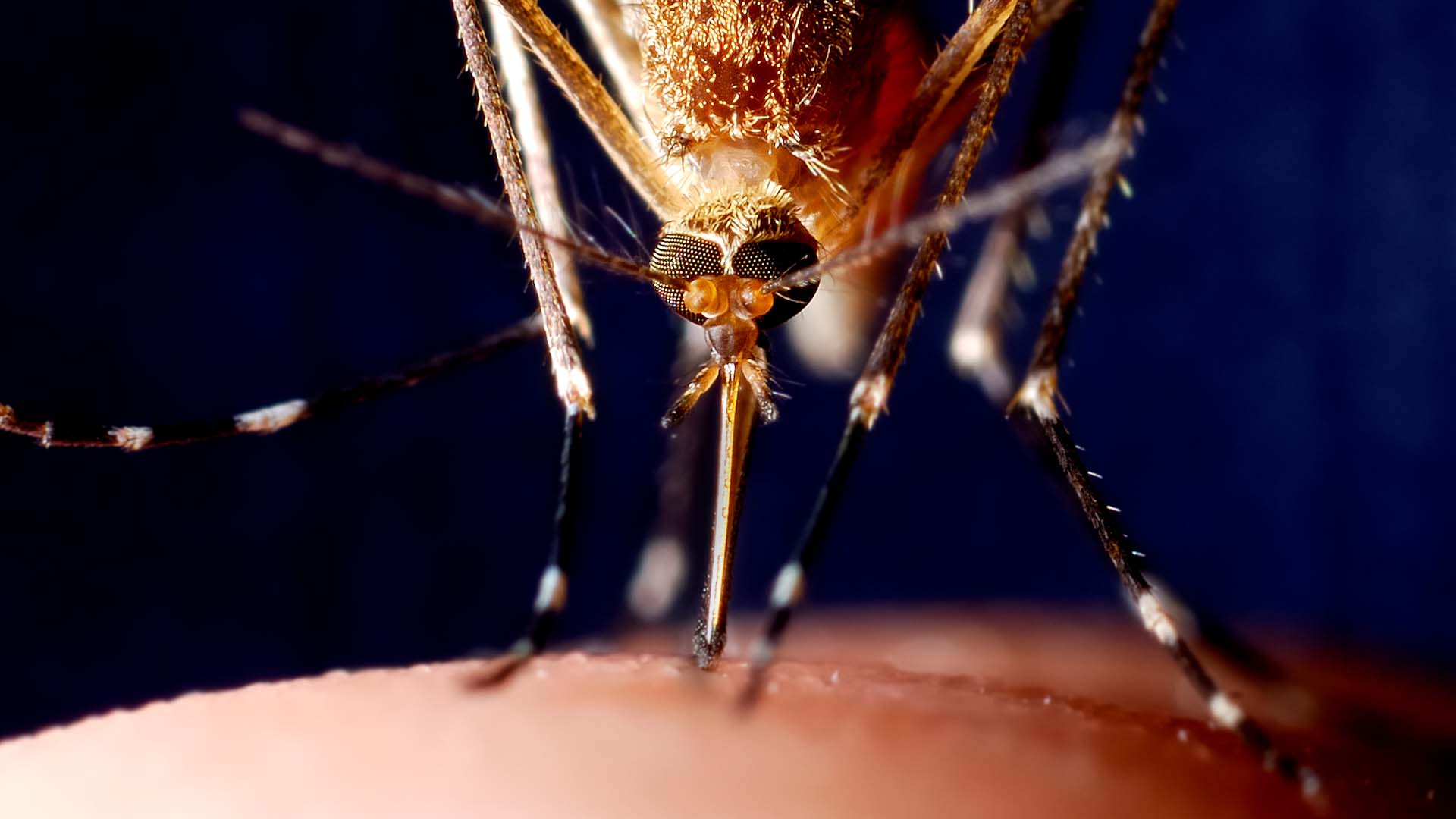 Mosquitoes are small, mighty insects that have been around for millions of years. Through evolution and adaptive characteristics, mosquitoes developed the perfect anatomy that allows them to be the deadliest animal in the world. How are mosquitoes so successful in spreading deadly diseases? How do mosquitoes leave us with those itchy, red bumps? We’re taking a closer look at how the mosquito’s anatomy contributes to its killer reputation.

The mosquito’s head holds all its sensory organs for feeding and survival. Mosquitoes depend on their sets of eyes – and yes, they have more than one set of eyes! Mosquitoes have two large compound eyes that are covered with tiny lenses (called ommatidia) that detect movement. Along with those eyes, they have eyes on the top of their head (called ocelli) that are photosensitive – which means they detect the changes in light around them. With these characteristics, mosquitoes have a wide-angled vision that allows them to pick up on a large range of movement, in turn giving them faster reflexes. That’s why they always seem to dodge attempted swats!

Mosquitoes also have antennae that work alongside their eyes to locate sources of food. Found on the top of their heads, their antennae have receptors that sense carbon dioxide from distances as far away as 100 feet. Between these long, feathery organs, you can find the maxillary palp, which can detect the odor of octenol, and the other attractive chemicals released by humans and other animals.

Maxillary palps can also detect the perfect location for breeding grounds. There are certain chemicals that stagnant waters can produce, drawing mosquitoes to a place with the perfect conditions for building a habitat and breeding.

Also between the antennae with the maxillary palp is the proboscis, one of the characteristics that defines the mosquito. The proboscis is the mosquito’s long, sharp mouthpiece. This is the part of the mosquito that we are probably most familiar with, as it’s used to break through the skin and suck out blood. The proboscis also works to inject saliva that contains anti-coagulant and mild painkillers as it draws blood from your body. Your body can react to chemicals in the mosquito’s saliva, making you itchy and causing that familiar red bump – it’s not the actual bite from the mosquito!

The thorax can be compared to being the mosquito’s torso. It’s connected to the head and contains the larger pair of wings that are used for flying. Along with wings, they have a pair of halteres, which are small wing-like organs that allow mosquitoes more stability to steer where they want to go.

Despite mosquitoes having these large, scaled wings, they rarely use them to go very far. Typically, when mosquitoes are grown, they don’t fly more than a few hundred feet from where they were hatched. They mainly use their wings to find sources of food or mates.

Mosquitoes have six legs that come out of the thorax. These legs have sharp, tiny claws at the end of them – perfect for latching onto their victims as they feed.

Within the abdomen, there are things called spiracles. Spiracles are small openings on the side of the abdomen that allow mosquitoes to suck in air. A female’s abdomen can also store its eggs within the spiracles. Mosquito species sometimes have specific characteristics, like the size or shape of their abdomen, that allow them to be easily identified as a particular species. 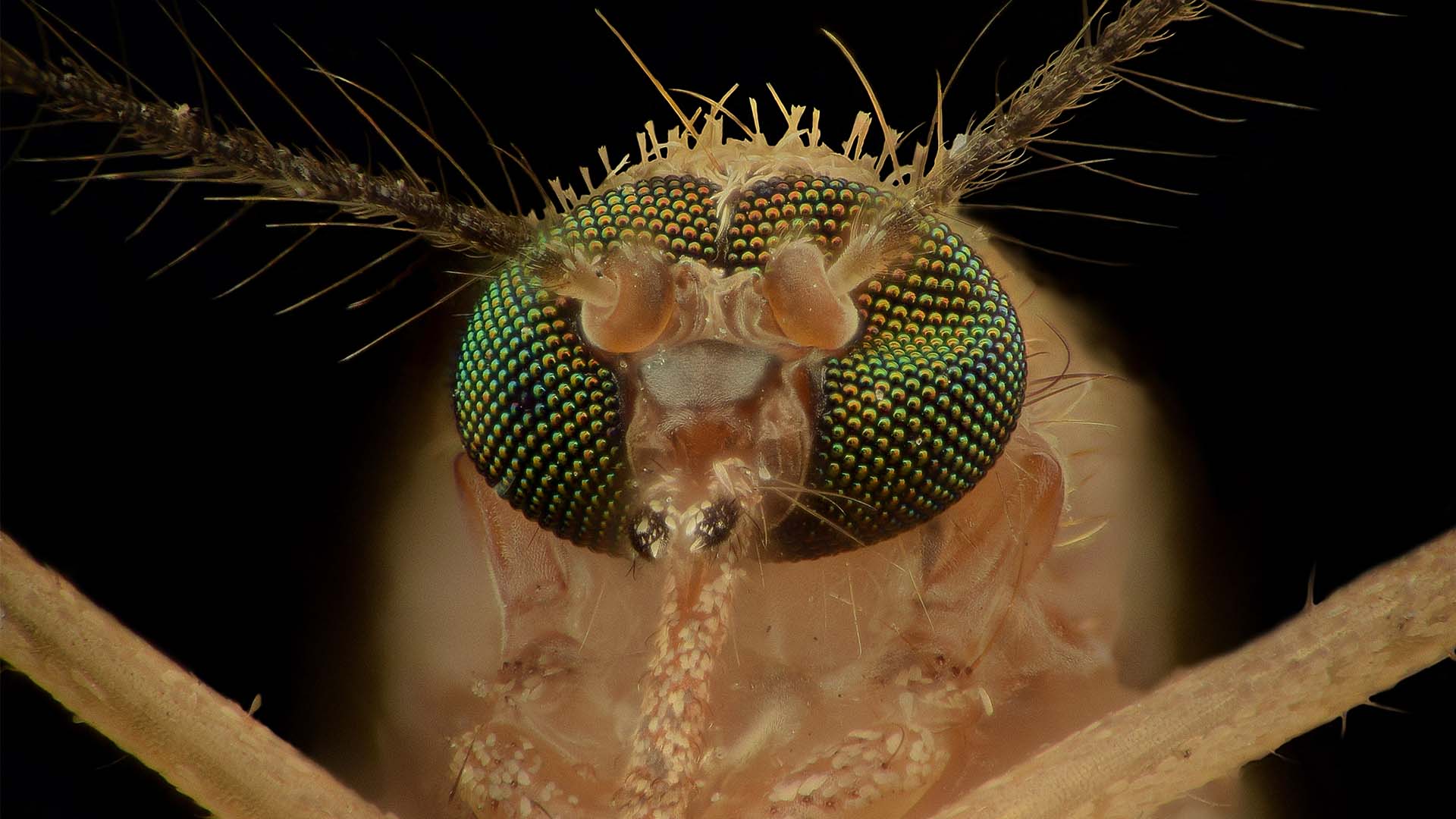 It’s in mosquitoes’ blood to target us and other animals for their next meal. Their basic instinct is survival, and with the way that they’ve evolved, they’ve got the perfect tool for doing just that: their bodies. Although humans haven’t quite evolved as mosquitoes have, we’ve managed to develop some amazing technology that can help us battle this age-old enemy. Check out the variety of solutions we carry at DynaTrap.com. Or, tell us how you fight these killers on your next visit to our Facebook page. If you like to be on top of the latest information, you can subscribe to our E-Newsletter!

Trust DynaTrap® To Keep Mosquitos Away